The Top 5 Secret Cities for Art Lovers
Previous
Next 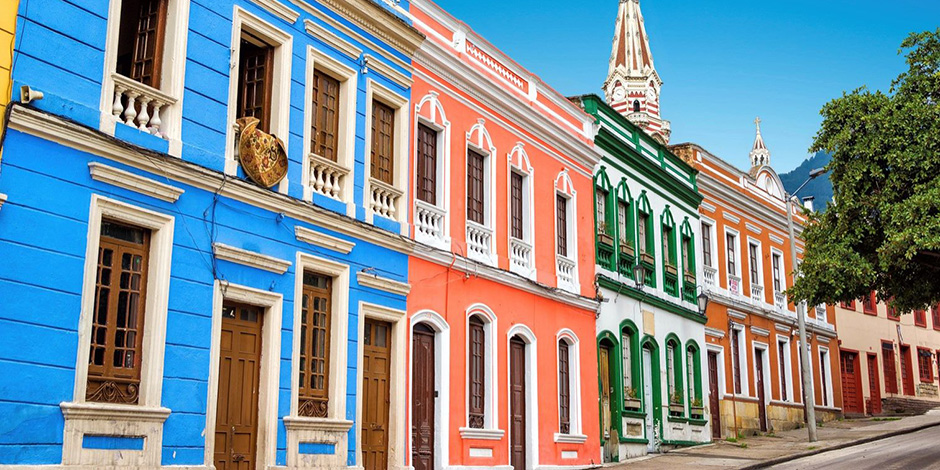 Recently named by Phaidon Press as one of the most exciting global cities for contemporary art, Bogotá, and Colombia as a whole, is experiencing a cultural renaissance. Recent years have seen the government invest in the art market, attracting visitors, journalists and collectors from all over the world to visit the country and in particular, ArtBo, a now influential annual arts fair. A must-see institution is the FLORA ars+natura venue, whose artistic director, José Roca, was the former Latin American Art curator at the Tate in London. Interestingly, the independent art galleries are potentially generating more hype than the institutions, as emerging artists are preferring to showcase their work there instead. Over 50 independent galleries have been opened in the last decade, which are not to be missed when visiting this vibrant city. 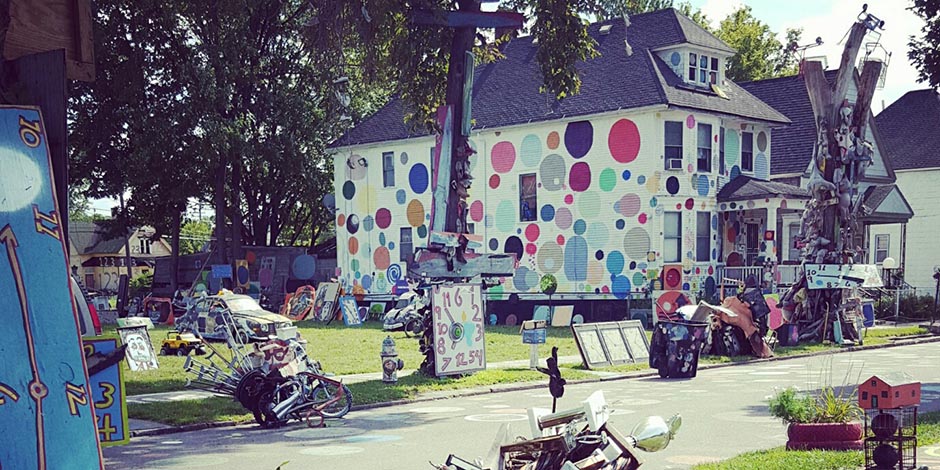 After the city declared bankruptcy in late 2013, Detroit’s signs of revival are rapidly emerging, particularly on the urban scene. Young professionals and artists have started snapping up foreclosed homes and showcasing their work in cool, edgy locations. Tourism is on the rise as a result, with vibrant coffee houses cropping up and a thriving culinary scene. A major attraction is Tyree Guyton’s controversial street art exhibit, the Heidelberg project, which was initially created in 1986 and uses unwanted objects found around the east side of Detroit. Guyton continues to work on his outdoor exhibit with neighbourhood residents and tourists by constantly evolving the neighbourhood-wide art installation. This once partly abandoned area of the city has now become a listed tourist destination. 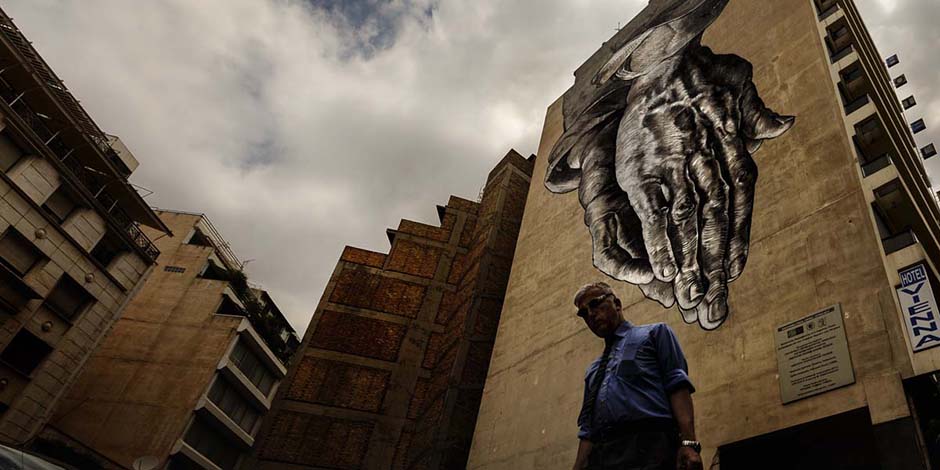 Through Greece’s recent turmoil, an art scene has surfaced. The referendum in 2015 sparked hundreds of artists to take to the streets, using walls to depict their sense of confusion and helplessness in Athens. This visual grittiness gives this ancient city a unique edge, and art lovers are beginning to list it as a top destination for contemporary art in Europe. Head to the fashionably grungy quarter, Psirri, which showcases some of the more intricate murals, whilst Manolis Anastasakos and the Kretisis brothers depiction of Dürer’s praying hands on a downtown wall is a must-see. With a desire to make social change through the power of creativity, Athens is helping to slowly rejuvenate Greece’s prospects. 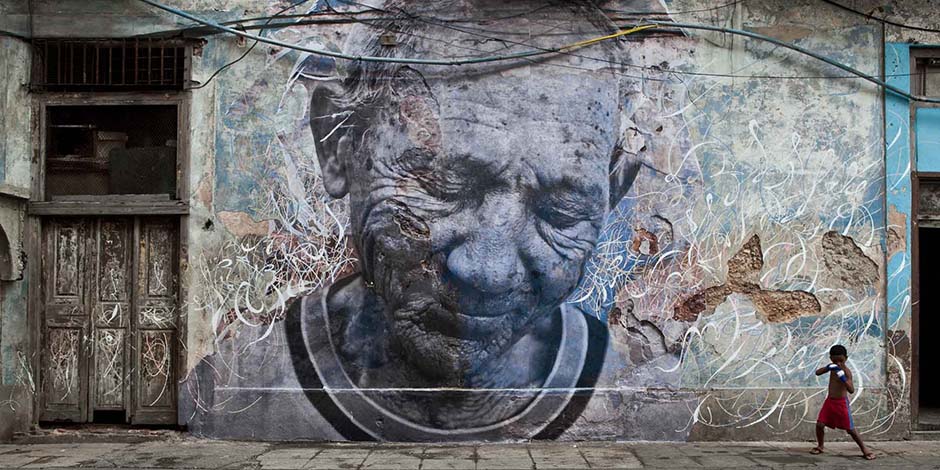 With creatives filling the government-run institutions and private galleries now legal in Cuba, the most exciting and interesting art is now being showcased in the latter. Tucked away within gritty industrial buildings, intimate studios and homes of collectors, Havana’s underground creative hub is booming. It is a regular occurrence to have an open door policy, where artists welcome you warmly with a swig of quality of rum and without the subtext of a potential sale. These up-and-coming painters, sculptors and illustrators are leading the way in artistic sophistication. Keep an eye out for the next of Havana’s biennial art fairs, in May 2017, which has achieved global recognition and transforms the city to become an expansive gallery, showcasing both Caribbean and Latin American talent. 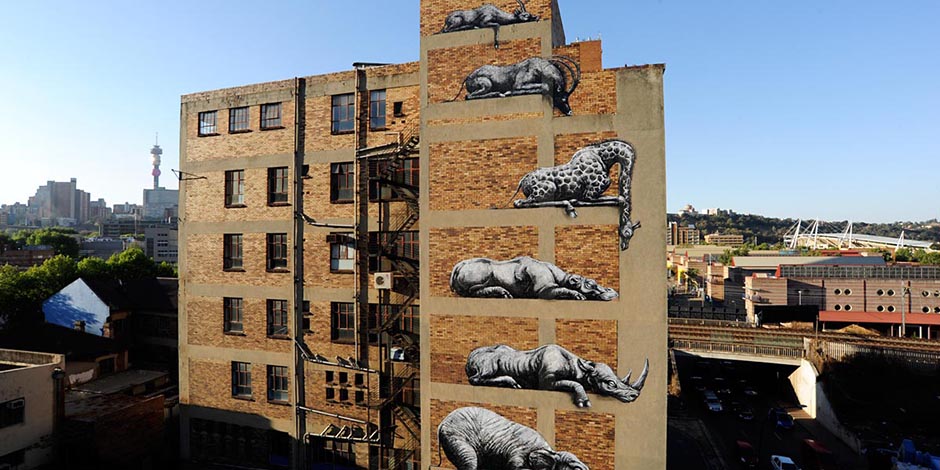 Due to the country’s turbulent political history, South African’s have long been using art to demonstrate their views. However, recent years have seen Johannesburg become the main city for innovative street art. There’s an annual “City of Gold” urban art festival, which aims to establish the city as a destination for global graffiti and street artists and assist in the development of the local art community. There are also regular tours throughout the year, with guides taking you around several of Johannesburg’s inner city neighbourhoods and showing exciting artworks that you may have missed when wandering yourself.