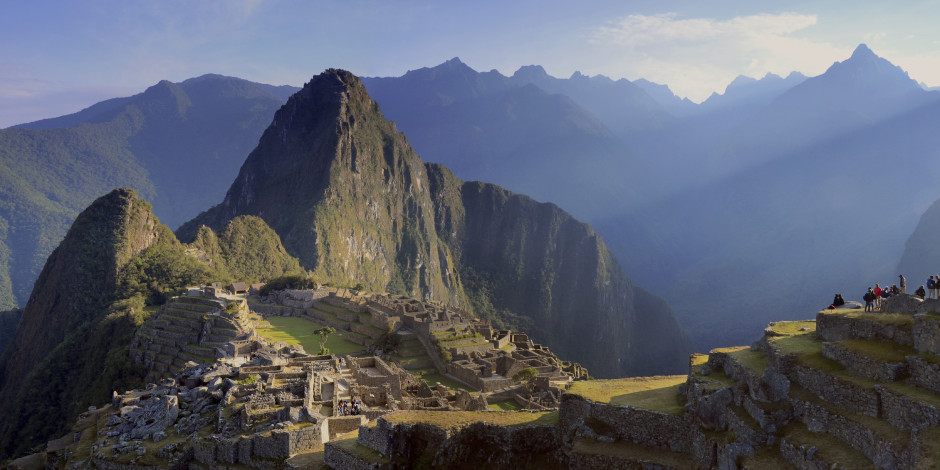 Colombia sizzles, in every sense: this is Latin America at its most vibrant and pulsating. The country has emerged from those dark days of being deemed too dangerous to visit and is flourishing as a travel destination – its popularity continues to grow. This is because it has a bit of everything. There are palm-swayed Pacific and Caribbean coastlines, where perfect beaches are frilled by jungle, and – in season – humpbacks pass offshore. There is pristine Amazon rainforest, for wildlife-filled riverboat trips serenaded by howler monkeys and birds. There are the lush highlands of the Coffee Triangle, with its increasing opportunities for trekking, horse-riding and traditional village stays. There are graceful towns, notably colonial Cartagena, with its 16th century plazas and magical air. And there is rich, ancient heritage, from UNESCO-listed San Agustín Archaeological Park, created by a mysterious civilisation over 1,200 years ago, to the Sierra Nevada’s Lost City (the Machu Picchu of Colombia), where travel advice changes have made treks possible. You can even explore the country in first-class comfort – A&K’s private jet trips make it easy to access the most exciting spots.

India has long topped many a traveller’s bucket list, no matter what their inclinations or how many times they’ve visited the country before. The vast subcontinent just offers so much. You like mountains? How about hikes amid some of the world’s highest? You like sand? Head out on camel-back into the desert, bed down in a luxury Arabian Nights-style camp or loll on palm-backed beaches. You like people, cities, culture, food? India has all of them, in spades. However, the best news for 2016 is that all of this just got much easier to access: the Indian government has extended its e-Tourist visa to over 100 nationalities, including Brits, making the whole process easier, quicker and cheaper. Visa applications can be made online; the cost has been halved. Also, 2016 is the year that the country’s wildlife hits the silver screen: a remake of The Jungle Book, set for release in April, will be a reminder of the charismatic species – from bears and monkeys to magnificent Bengal tigers – that lurk in India’s wonderful wild places.

Why it’s hot… Quintessential East Africa is back

The past few years have not been kind to Kenya, with a series of incidents deterring visitors. But, proving you can’t keep a good destination down, the country is looking to 2016 with travel restrictions lifted from key areas, and a renewed sense of optimism. As December 2015 marks 30 years since the release of movie classic Out of Africa, minds will turn again to those sweeping, wildlife-roamed plains and enormous skies that Kenya does so well. Indeed, the country’s national parks and private reserves – from the high-profile Maasai Mara to spectacular smaller concessions such as Laikipia – remain some of the continent’s best places to go on safari. There’s a camp or lodge to suit every budget, from basic-rustic to remote and opulent; better, there are bargains to be had as the country seeks to lure people back. Also, there are few places better than Kenya to blend safari and sand. After time spent on those Out of Africa wilds, spotting the Big Five (and more), you can easily retreat to the turquoise waters of the Indian Ocean for some blissful beach R&R. The perfect combination.

Simply, Finnish Lapland is one of the best places to see the Northern Lights. It’s reckoned that the aurora borealis comes out to play more than 200 nights a year here, and while we’re just coming down from a peak in auroral action (which works on an 11-year cycle), sunspot activity levels are still high and dramatic light displays still likely. Get away from what little light pollution there is in this remote region, and your chances of witnessing a display are very good indeed. Also, the Finns know how to make the most of their extreme climate, something more and more Arctic travellers are cottoning on to: the snow and cold are not bemoaned but rather embraced as an opportunity for frosty fun. Winter trips here can include dog-sledding, snowmobiling, snow-shoeing, cross-country skiing, sleigh-riding and more, all in Santa Claus-magical landscapes. Warming up afterwards is no problem either: it’s alleged that Finland is home to over three million saunas (not bad for a country of 5.5 million people), and simmering amid pine-infused steam, discussing the issues of the day, is perhaps the most authentically Finnish experience there is.

Why it’s hot… Attenborough is there (need we say more?)

One of the world’s greatest natural wonders plus one of the world’s greatest natural history presenters undoubtedly equals a 2016 sensation. Sir David Attenborough’s next big series, due to air early in the new year, will focus on the Great Barrier Reef, the 2,300km-long swathe of coral and marine marvellousness off Australia’s east coast. Employing new technology to take viewers closer and deeper, the BBC documentary will reveal the reef’s wonders – and get everyone itching to go. Fortunately, there is plenty of it to go round, and many ways to explore: reef-and-rainforest stays in Cairns and the tropical north; expeditions to the outer reef on liveaboard dive boats; luxurious ecolodges on islands right amid the coral; kayak excursions, snorkel forays, sailing trips, scenic flights. Also, as Australia has an extensive and competitive internal flight network, it’s easy to combine the Great Barrier Reef with Sydney, Melbourne, the Red Centre and beyond. Even better, the Australian dollar, which has been eyewateringly strong for the past few years, has decreased in value, making adventures right across the country much more affordable.

Why it’s hot… The backpacker favourite has come of age

Thailand has long been a favoured domain of backpackers looking for paradise on a budget. And why not, when you can find beaches this good, food this tasty and culture this rich for prices so low? However, while the penny-pinchers are still catered for, Thailand is increasingly upping its game, and now the ‘land of smiles’ is brimming full of luxe options to suit a different type of traveller – while still offering incredible value for money. Bangkok these days has chic rooftop bars serving classy cocktails, while top-end hotels are ever more plush and diverse. Idyllic islands such as Phuket and Koh Samui have sumptuous accommodation options that combine five-star standards, private infinity pools and personal butlers with an authentically Thai aesthetic. The experiences on offer are imaginative too, from intimate excursions on private yachts, sailing amid cave-riddled karst islets, to market visits and cooking classes with top-notch Thai chefs and jungle expeditions on elephant-back. There’s a move towards eco-luxury too, where pampering is mixed with environmental preservation.

It might be the other side of the Atlantic but it takes less than six hours to fly from the UK to Nova Scotia. And more and more airlines are connecting the two – for instance, WestJet started flights from Glasgow to the province capital, Halifax, in May 2015. This makes a long weekend here perfectly doable – though short-breakers will undoubtedly wish they were staying longer. Nova Scotia oozes the irresistible mast-clanking sea-saltiness of the Canadian Maritimes. Lighthouses and fishermens’ shacks perch on pretty coves; whales blow offshore; the lobster suppers are amazing. It is also a delight to drive: roads are wide, empty and often spectacular – not least the Cabot Trail, one of the world’s best road-trips. A self-drive holiday is the best way to explore. Nova Scotia is also a province that knows how to party, with over 550 festivals cramming its social calendar each year, celebrating everything from Celtic music heritage to First Nations culture, from buskers and rock bands to scallops and stars. No matter when you visit, something will be happening somewhere.

Good news indeed: finally, direct flights will connect the UK and Peru – BA is launching a Gatwick-Lima service from May 2016, which will take just 12.5 hours. It’s an exciting time to visit the country too. Though Machu Picchu is still a must, the Peruvian government is keen to see travellers appreciating alternative sites. Key to this is encouraging visitors to explore the undiscovered north. In 2016, a new cable-car will improve access to ridge-top Kuélap – Peru’s ‘other Machu Picchu’, a fantastic fortress built by the Chachapoyas culture from the sixth century; this can form part of an exciting northern circuit that also includes the newly enhanced El Brujo Archaeological Complex, 771m Gocta Falls and Chan Chan, the largest pre-Columbian city in South America. Elsewhere, Amazon river cruising is being improved – the quality of boats has never been higher. And, with permits selling out months in advance to walk the classic Inca Trail, forgotten routes – offbeat Ancascocha, crowd-free Choquequirao (which visits another hill-perched ‘lost city’) – are being promoted, offering different ways to access the bucket-list site.

Why it’s hot… Rural tourism comes to the fore

Things change apace in China. And this breakneck development is most evident in the country’s thrusting cities – hubs such as Beijing, Shanghai and Chengdu. It is these hubs that often dominate travel itineraries; however, 2016 is the year that rural China will rise. The country’s ever-expanding train and airport infrastructure is helping to deliver travellers to far-ranging parts of the country; meanwhile, locals in more remote areas are starting to appreciate the potential in offering authentic experiences to visitors – doing so can bring in tourist dollars and help communities maintain their traditional ways of life. Consequently, small towns and villages are creating homestay-style accommodation, where travellers can observe family life and get hands-on with the cooking, while luxurious hotels are also creeping out into the countryside; there are also opportunities for hikes and bike rides. Rural hotspots include the rice terraces of Guangxi, the karst landscapes of Guilin, the mountains and forests of Yunnan, and Tibet-feel Zhongdian and Tacheng, allegedly inspiration for the fabled Shangri-La.

Why it’s hot… Wildlife, wilderness and the human touch combine

The Arctic is booming. As travellers increasingly seek more adventurous experiences, expedition cruises to the far north – areas such as Greenland, Svalbard and Iceland – are providing them. This pristine wilderness of reindeer-grazed tundra, icy fjords and creaking glaciers is like a cleansing antidote to our overloaded modern world, while stories of climate change somehow make the region seem more important to visit. Vessels that serve the region no longer scrimp on comfort – for instance, aboard A&K’s ship of choice, Le Boreal, all the cabins have balconies, the design is sophisticated, there’s even a spa and heated pool; activities include Zodiac trips to spot polar bears, bird watching with expert guides, kayak paddles amid ice floes, even photography instruction. Also, unlike Antarctica, the Arctic is home to small communities of people, so it’s possible to add a cultural element to an expedition: for example, meet Inuit in northern Canada or the hardy residents of lively Longyearbyen. Cruises run in summer months, but don’t discount land-based winter visits, when thrilling snowmobile rides open up the mountains of Svalbard, and you have the best chance of seeing the northern lights.

To enquire about your next holiday please email your Private Client Manager (and fellow Urbanologie member), Aurelia Van Lynden at Abercrombie & Kent – avanlynden@abercrombiekent.co.uk or call +44 (0)203 667 7006 – mentioning Urbanologie to benefit from a 5% booking discount on bookings as well as priority and VIP upgrades.