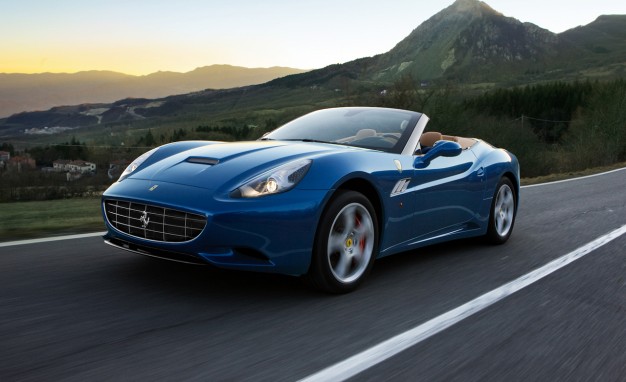 Ferraris and hedge fund managers, a cliché? There’s no point ignoring the stigmatism that the world’s most desired car brings with it. Add a significant income and general misunderstanding about the hedge fund world into the equation and a tabloid-healine-ready result is what you have. Will this image ever change? Maybe, maybe not, but the latest in Ferrari’s California series manages to combine its trademark mainline excitement with calm and noble humility you wouldn’t expect – despite being a classic prancing horse.

We’re lucky enough to test-drive some of the most incredible automotives from across the globe here at HedgeBrunch (we do like to mix work and play after all) but of all the cars we have taken out for a weekend’s spin, the Ferraris produce a unique trepidation: “Who’s that flash bastard?”. Right? Don’t lie to yourself, if you’re not the one behind the wheel you’ve thought that, haven’t you! This is especially pertinent when the car in question is bright yellow with the number plate F1 CAL. Who is not going to notice that? Surely you’re in for some abuse driving this thing around town. Rolling off the lot we steeled ourselves for of some this presumed judgement, mixed of course with the boyish excitement of being in command of such a machine.

It turns out any concern towards stigma just melts away because, as well as making you feel unreasonably good, it makes other people feel it too. The smiles you get in this car are only half yours, the rest belong to the world around you. Quite a feat from quite a work of art. As I’m sure is the intention, it makes hearts sing.

The California T is a powerful personality, bringing sportiness and elegance together wonderfully. Wider and more spacious inside than you can possibly realise from out, it does not have the cramped cockpit of its more bullet-like cousins from the Ferrari paddock and paddocks of other breeds. The interior is sumptuously well-crafted and wonderfully ergonomic, offering both great luxury and utility for everyday cruising and longer continent crossing journeys for which it is intended. With two (relatively) comfortable rear seats for smaller passengers and space for everyday items such as sunglasses, phones and tablets, this a car for the practical, as well as the romantic. Couple this with a multi-functional tech-infused steering wheel, a beautifully intuitive touch-screen display which syncs with your phone seamlessly (surprisingly rare for a car in this price range) and there are few things to complain about inside.

Fun behind the wheel is a priority for all Ferraris and this doesn’t disappoint on the road either. Whilst the comfort of the interior is extended to the drive, with sweeping corners remaining silky in power at all but the top speeds, the V8 turbo-charged hunk of craft below the bonnet can still induce fear and respect in equal measure. 560 cv di Potenza and 755 Nm of torque make for a fun ride!

The T sprints from 0 to 100 km/h in 3.6 seconds and from 0 to 200 km/h in 11.2 seconds. It’s also just nearly 15% more fuel efficient that the previous California despite punching out an extra 70 cv and 49% more torque in 7th gear. Range is increased whilst fuel consumption and emissions have been cut thanks to turbo technology advantages in this model. So you can feel just that little bit better about driving it, right? Jokes aside, it’s a genuinely unprecedented achievement that sets a new benchmark for the industry, and it’s noticeable too.

We took the T out for four days of fun – testing its city cruising in North and Central London as well as its longer distance ability for a weekend in the country. Smiles everywhere, luxurious and exciting – everything a Ferrari should be.

Find out more at Ferrari