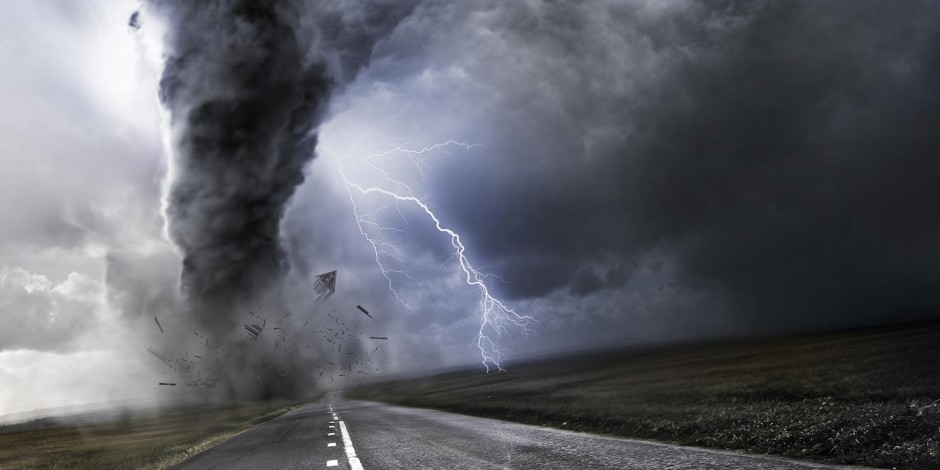 Risk: Is This The Big One? By CheckRisk February 2018. As financial markets begin to crumble, it appears, somewhat surprisingly, to have taken investors off guard.
Previous
Next

Risk: Is This The Big One? By CheckRisk

Risk: Is this the Big One?

As financial markets begin to crumble, it appears, somewhat surprisingly, to have taken investors off guard. Somewhat surprisingly because it has been obvious to even the casual observer that both bond and equity markets had become very overstretched.

Followers of CheckRisk will know that we have been forecasting a severe risk event during the period 2017-2020 that implies a bear market in equities and end to the bull market in bonds and a recognition of the $72tn ($72,000,000,000,000) of new debt created since 2008 taking global debt to over 327% of GDP. So the question must be is this the event or a correction in an overbought equity and bond market?

Our base case is that this is just a correction that could be quite steep, but it does not yet appear to be the big one. However, we do recognize the possibility of things to unwind from here, and we highlight the issues to watch in the coming days for guidance. Note that the bounce in markets today does not really change anything.

In January equity markets globally had become extremely overbought, both on a valuation basis and also from a technical perspective with relative strength indicators (RSI) of greater than 90 recorded. These are at the absolute upper bounds of what we have seen.

The rise in the stock market was partially due to Trump’s tax stimulus, and in no small manner due to the differential between the Fed’s and ECB’s monetary policy. Investors have also been allocating away from bonds to equity markets, and given all the above the markets were ripe for a correction.

Where are we now

With the markets in full correction mode, it is important to consider what some of the non-financial market issues are that my influence markets going forward.

I. Investors are, for the first time in years, becoming concerned about inflation. The most recent US data point for inflation was Wage Growth which came in at 2.9%, this is up on previous reports but appears primarily due to the Trump tax credit. This combined with a new Fed Chairman has worried markets into thinking that interest rates may rise much faster than expected.

This consensus, we believe, is likely to be in the wrong. The level of household and corporate debt in the USA is going to be a natural brake for a long time to come unless some other inflation stimulus appears. This is because as inflation rises, interest rates will increase to putting pressure on anyone who is over-leveraged forcing sales of assets such as houses, equipment, etc. which will generate a downward bias in inflation. There are other risks associated with a rise inflation, and we will cover these below.

II. The US Treasury market appears to have already fully priced in the end of QE, and this is not the case in Europe. Policy differences are likely to continue and create synchronisation risks.

III. Our most recent CheckRisk GDPCasts which build a GDP outlook between reporting periods remain strong. The global economy is performing pretty well. It would be unusual to have more than a stock market correction given the underlying strength of the global economy. There is plenty of institutional liquidity available to pick up better bond yields and cheaper equity markets.

IV. VIX and other volatility indicators appear to be peaking, and if this is the case, then the risk event is passed just as people begin to react which is a very typical behavioural response. The key, therefore, is to monitor the movement of volatility closely.

What could possibly go wrong?

Assuming that this is just a steep correction from a very overvalued situation, it is important to consider what could possibly go wrong and cause other scenarios to emerge. We are very conscious of this because our base case has been very firm in stating that the period 2017-2020 is one of elevated risk, and could lead to a second financial crisis.

I. Some $3bn of Exchange Traded Fund Volatility short funds have been blown out of the water, some of them are down over 80%, and the issuers now have the right to close the funds if they so choose. Holders of these positions will have taken a walloping.
II. The risk is that while this short-term money has been wiped out longer term less speculative funds may be forced to sell too. So-called Volatility Control and Risk Parity funds target a specific level of volatility. According to Bloomberg, this could unleash some $225bn of equity market sales. Also, some $500bn of global funds are attached to such strategies and in many cases are driven by algorithms. Such a wave of sell-offs will keep market volatility high at best and could cause a crash if volatility continues to rise. This would feed into sentiment, and last week’s bulls would become this week’s bears.
III. Another issue to consider is that financial market corrections do not tend to be very logical affairs. Just as the recent overpricing of markets was an excess so too are corrections. CheckRisk recognizes that if you get a three standard deviation day the possibility of getting a four standard deviation day increases and so on. There are chains of risk that are unleashed by risk discovery.

Things to ponder for the future

The Breaking of Unconventional Monetary Policy, or B.U.M.P as we call it, is the key to understanding where the financial markets may go to next.

To see the sort of financial market correction we are anticipating it will be necessary for global GDP to peak and fall, we do not see that happening until 2019. There will also have to be some real recognition of the problems associated with the massive accumulations of global debt. Also, there needs to be a catalyst. Catalysts might be, for example, a central bank policy error, discovery that low-interest rates have damaged the ability of insurance companies and pension funds to meet their obligations, and a host of others.

The most likely risk that we see though is Central Bank policy error. Central bankers are already behind the curve concerning interest rate rises. The next 24 months will be much harder to manage as inflation and interest rates rise. It will be perilously easy for the ECB and others to try to stamp out inflation too quickly. Remember that the Fed, ECB, BOE, and BOJ as well as the Central Bank of China, really have not had to deal with much other than boosting liquidity in the past seven years. The reverse of that trend threatens to expose some severe and fundamental weaknesses.

Another risk that could break the cycle is Brexit. We have become convinced in recent days, following a visit to the European Parliament, that Europe is prepared to go for the Hard Brexit option and accept the risks of a recession to maintain control and stability in the Euro Zone. They view a recession as an acceptable price to pay in the face of the existential risk of Britain negotiating a good enough deal to attempt other EU members away.

We do not know if Prime Minister May’s government will last, it is looking very unstable at present, but what we do know is that what the UK government’s negotiating team is asking for is virtually impossible for the EU to deliver. It does not make the British position unreasonable just undeliverable. Couple with the trade and services demands we remain of the view that it is nigh on impossible to find a solution to the Irish border issues. The DUP will not be negotiated around, and unless the island of Ireland is treated differently to the rest of the UK, there is no possible satisfactory solution for the moment.

This is a time to observe markets carefully and in particular flows of equity and bonds. We do not think this will turn into more than a 7%-10% correction in total, but there is a risk that it turns into a much more significant event which should not be ignored. As such it is essential to think about your investment strategy now. Will you be a buyer if markets go into a full correction or more? (Historically that is the best time to buy the markets, but very few people do it because of a lack of positional awareness.) Do you need to readjust your portfolio recognizing that markets have done spectacularly well and a more balanced approach for the period to 2020 is more sensible given that this is a risk warning?

CheckRisk still believes the period from now until the end of 2020 remains one of elevated risks where a significant financial market risk event may occur. However, unless sentiment and or non-fundamental issues takeover, then we think that the big event is not now.

What should investors do?

For those that have followed our asset allocation and tactical strategies there is nothing to do at present the portfolios have been set for this kind of a pullback, and so the issue will be to wait and see if a buying opportunity presents itself. This will depend on whether the correction develops into a full-blown sell-off. Valuations are still pretty excessive at present even given the sell-off.

For those that have been running equity-heavy portfolios, we believe this sell-off should act as a warning. There will be better opportunities to participate down the line.

Finally, for bondholders, the market sell of in bond prices has pushed yields up to a level where they should now garner support. Longer term there are still major issues for bonds, however, now may be an excellent tactical opportunity to pick up extra yield.

Things not to do

If you have been caught out by the current market fall, it is not advisable to switch to full-scale selling. The worst damage to portfolios is created by selling in a crisis, and market order will restore itself eventually. Just because your or others volatility target was not met may well mean that the volatility target itself was wrong. A position we have been advocating for years. Volatility is a mediocre measure of risk.

On a more humorous note do not be tempted to buy BitCoin. The collapse in BitCoin is only beginning and like the Nikkei in the 1990’s will take years to recover. BlockChain is exciting, but there are better ways to invest in BlockChain than BitCoin. The only way to invest in anything is to understand the risk. Are you being paid to take the risk or not? In BitCoin, it is impossible to understand the risk, and therefore it is not an investment but a speculation and maybe even a Ponzie Scheme.