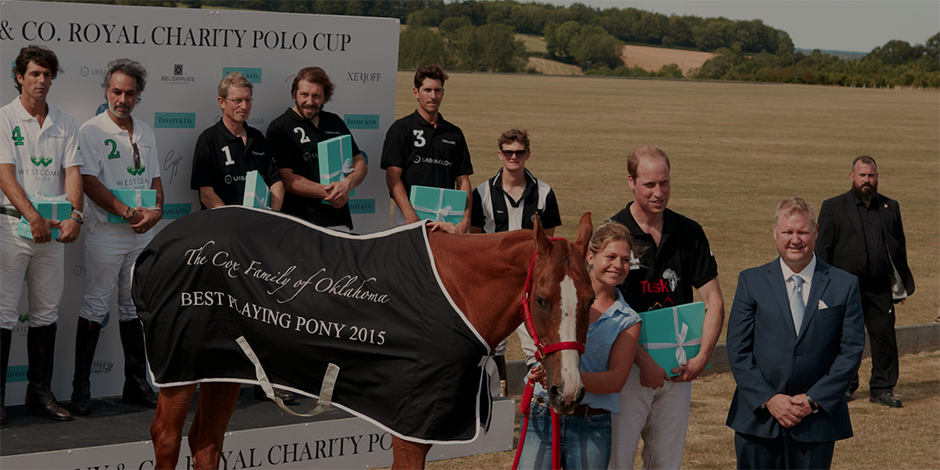 On Saturday 12th of July, HedgeBrunch partner Urbanologie invited the HB team along with some very special guests to the super exclusive Tiffany and Co Royal Polo. Hosted on renowned producer Lord Andrew Lloyd Webber’s Estate this was an afternoon of serious English summertime elegance with non-other than the Princes William and Harry as the hosts.

An hour and a half outside London, Watership Down Estate’s polo field is a mere 2 miles up a private drive way lined with imposing sycamore trees. Guests were ushered in with the obligatory glass of fizz and set about mixing and meeting with the star-studded crowd of the day.

Urbanologie, a key sponsor of the event themselves, was joined by guests ranging from Nordic family offices and Swiss wealth managers to global purveyors of the finest foods and those only the most connected get to connect with, so we felt in good company.

A major charity element was the focus over lunch and beyond. Tusk, an African Conservation Charity, of whom the duke of Cambridge is a patron, was the major beneficiary of the generosity of guests over lunch. And quite some generosity it was.

As lunch (three-courses of truffle labneh, roast rump of lamb and glazed lemon tart from Belgraves hotel) drew to a close, the main event began to turn the heat up as the two main teams began warming up for their first chukka. Cheered on by adopted-brit songstress Nicole Scherzinger, the match ran for the next breathless hour as cocktails from Mr Foggs were dolled out to the buzzing crowd. The Duke of Cambridge’s steed Fantasia was crowned best horse, while polo pin-up Nacho Figueras was man of the match. An incredible day all round.

Be the first to know. HedgeBrunch partner Urbanologie is a new luxury lifestyle and destination guide designed to keep busy high-flyers up to date with the latest events and openings around the world. Featuring restaurants, bars, hotels, events and pop-ups, Urbanologie has launched with curated guides to London and New York, which are updated daily. Los Angeles, Miami, Ibiza and more cities and destinations will follow soon. Membership normally runs at £100 per year but use the code ‘hedgebrunch’ at urbanologie.com to get yours for just £60 – don’t say we don’t do anything for you!