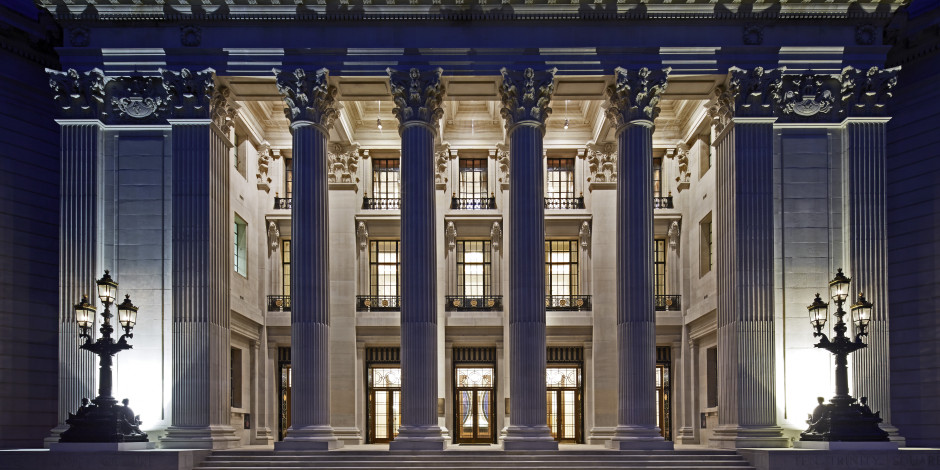 An evening at La Dame de Pic, in the brand new Four Seasons, with 14 select Family Offices from across the globe? Yes, please. Welcoming champagne cocktails, a private dining room and the chance to discuss what’s making family office money move in 2017? Even more so.

Many of you will, of course, be very familiar with the Four Seasons experience around the world. However, if you haven’t heard of Anne-Sophie Pic’s opening within its latest Ten Trinity Square (London) outpost, well, you must have been under a rock for the past six months. Chefs from across the capital and the globe alike have been making the pilgrimage here since it opened just a few months ago. And for good reason.

Deft and delicate whilst still managing to achieve unjustifiable levels of comfort, Pic’s menu and experience will surely become a firm favourite and, dare we say, a modern institution. Pic carries a rare 3 Michelin stars and was named World’s Best Female Chef in 2011 which begs the question – why has such a pedigree come to this part of town? It’s quite out of the way if you are a London-location-traditionalist/not visiting the Tower of London. But its place in one of the grandest new hotels and members club in town, coupled with renewed joie de vivre in the area, will surely elevate it and it surrounds alike. Both sides of the river in the locale are seemingly staking their place-making claims recently (see our recent event at One Tower Bridge across the water here) and long may it continue.

Our evening started in the Rotunda, the building’s imposing bas-relief arena renovated to echo its history. Ten Trinity was formally the Port of London Authority and the very heart of the UK’s global trading empire, so there are so representations of the elements, seasons and corners of the globe, placing us right at the centre. Fitting, given our guests sprang not only from UK Families but also from Geneva, Palo Alto, Shanghai and New York, to name a few.  It’s taken six years of (Chinese-Family-Office-backed) investment to rebuild Ten Trinity to this standard and this is reflected throughout. We’re greeted with the choice of a glass of Perrier Jouet at the welcoming brass-heavy bar and left to connect amongst ourselves before moving to dinner.

La Dame De Pic, whilst very much part of the hotel, holds its spot in its own wing, so feels quite independent. It’s not necessarily the warmest place in the world, the open dining area feeling relatively sparse, but as we are ushered to the private dining room this is quickly forgotten. A surprisingly young team are far too well informed and seasoned for their years and we slip seamlessly into our leathered seats.

As is traditional, Gus Morison (Founder and CEO of Family Office Brunch and HedgeBrunch) welcomed the guests and kicked off an open table discussion exploring the key themes of the family office world this year. Each guest in turn introduced themselves and their current projects or insights as an unannounced cup of consommé arrived. Pleasant and refreshing this was swiftly followed by a whipped and unctuous purée of cauliflower topped with grated grilled Mimolette. A start displaying that Pic has the ability to comfort and gratify with a delightful lightness of touch. Conversation gathered pace spurred on as our next courses arrived and, though Chatham House rules were in effect, headline themes of increased investment sophistication, co-investment and co-operation pervaded. We’ll be covering these further at our next event on April 28th too. We also explored the evolution of the hedge fund world and how family offices are still involved – heartening stuff which will require action from managers if they want to adapt (see our upcoming Monaco dinner for more here). 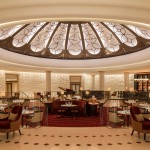 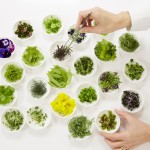 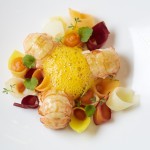 Honestly, given the intricacy of the five courses of complex-simplicity that made up our menu, we’d challenge anyone to cover it in less than 5,000 words. It was good. It was great. It was familiar, unexpected, comforting, exciting, nostalgic and electrifying. And over the 90 odd minutes that passed from consomme to coffee, we had learnt more about work and more about play. Mission accomplished.

As latter courses and coffee came and went, the evening drew to a close. However, the die-hards moved on to few rounds of Bergamot Negronis, just to dot and cross, of course. Both refined and addictive, these were a perfect refrain for the five exquisite courses, having been crafted to elicit familiar comfort with a familiar twist. It was an association that became obvious only after it was made, which is a pleasingly neat way of summarising both the Four Seasons establishment in this part of town and La Dame de Pic with in. Worth the visit, worth the spend and worth experiencing sooner rather than later.

Family Office Brunch (and how to join)