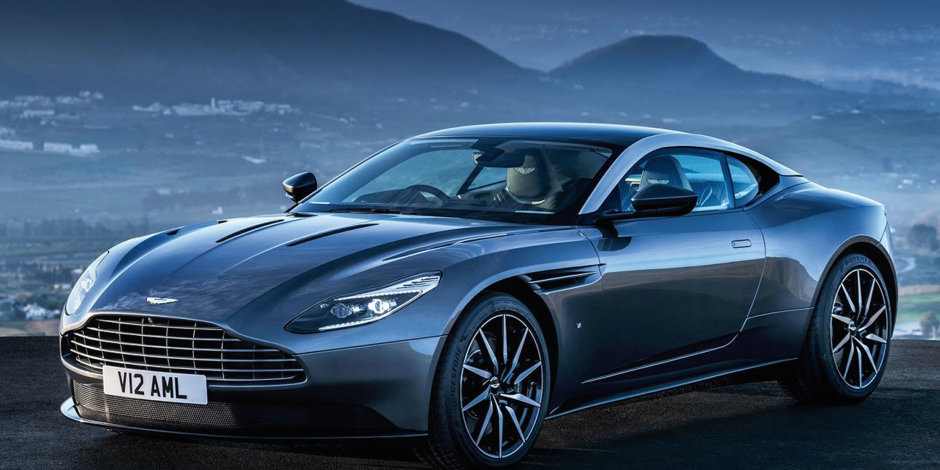 There’s not a lot of point introducing Aston Martin is there? It’s a brand so iconic and embedded in British culture, just a mention or a glimpse brings a smile to those with even the most passing interest. Like many, I’ve always found the DB5 to be the pinnacle of  the brand. Whilst enjoying the first night’s screening of 007’s Skyfall, I can recall the cheer of joy and excitement that went through the crowd as our man slid back the door to his private lock up and his silver DB5. What other car can do that? It’s a brand that sparks joy and the DB5 is still the model that most will identify as the true Aston.

However, the DB5 was Aston Martin from 1963 to 1965. A long time ago. The DB6 and DBS saw them roaring through to the early seventies (they both evoke that same frisson as the DB5) and then something odd happened. The AMV8 landed in 1972 and was the first in a line of models pandering to the American/international market as they went all muscle; bringing out a range of V8s that were distinctly not British. Just not cricket. All testosterone and no finesse – simply not living up to the DB5’s legacy. They of course were fun, I’m sure flying down Route 66 in the mid nineties in a V8 Vantage felt great, but it was well off course for the brand. These changes were of course driven by various movements in the brands ownership and direction. A few more V8 Coupes and Volantes followed and by the late nineties one could have been forgiven for feeling like all hope was lost.

However, as 2001 arrived the V12 Vanquish landed and was quickly followed by a DB7 Zagato. These actually looked like an Aston again and now signify a bit of a renaissance as, over the next ten years, the brand found itself once more.  The DBS Coupe and Volante, the Rapide, the Vanquish and the Vantage filled the first decade of the new millennium and this new wave was topped off by the spectacular limited edition One-77 and the V12 Zagato.  Quite a return to form.

So, if 2001 was a renaissance and the following years an adolescence (complete with some very questionable choices – we’re looking at you Cygnet) then, where are we now? We’re in the third generation and there’s a new captain at the helm. Grandad built the family business from the ground up with grit, style and panache then his son, seemingly with little sense of perspective, sold out to America. He saw the big bucks and forgot the brand’s roots and values. Not an uncommon occurrence for those familiar with multi-generation family businesses. Thankfully we’re now into G3 and the grandson has grown up aware of his illustrious bloodline and most importantly, his responsibility. Vision and talent often skips a generation after all. Aston Martin’s “Second Century” is here. And boy are they back in their prime.

The Art of Living is a collection of extraordinary experiences from Aston Martin, kicking off their second century and the seven models they are rolling out in the next seven years. They’re not only setting their sights high for their models but also curating a new form of relationship with their brand. The Art of Living offers unparalleled Aston Martin access, expert insights and luxury travel – truly unique and a once-in-a-lifetime experience. It was through this new offering that we got to experience the DB11, some of the first people in the world to drive the new model. A serious privilege and a fantastic opportunity.

Our trip was to span two days, taking in transfers from London to the Aston Martin Headquarters and a VIP factory tour and then on to electrifying drives through the Cotswolds. Our first stop was at Cowley Manor Hotel for an informal lunch and then onto The Painswick Hotel for a night of countryside luxury. As with all Art of Living trips, we were part of an eclectic group of guests enjoying the trip alongside us. In similar style to our Hedgebrunch events, it mixed a unique experience with networking, so we felt very at home.

The DB11 is pure excitement way before ignition. It’s a thrill, a joy and it has soul – you feel this even before climbing into the cockpit. Just standing next to it quickens the pulse.  They’ve streamlined deeply, smoothing the lines from the tips of the new one-piece clam-shell bonnet all the way to the tips of the spoiler, or at least, where the spoiler should be. That’s been stripped off and replaced with some very sexy innovation. A thin but ultra-powerful wall of compressed air, funnelled from the side vents, is fired out and above the car’s hind quarters creating an invisible spoiler. Very 007.

As our pride of DB11s rolled out into the sunny English countryside there was a huge sense of excitement. Aston Martin headquarters is surrounded by endless winding and sweeping roads, perfect for getting to know the car in its natural environment, and so we took off. The DB11 purrs, from a standing start it can feel ever so slightly delayed, but give it just half a second and the V12 engine roars to life. Slip it into sport mode and the dials glow an aggressive red – letting you know it’s ready for a fight. Thankfully though, it’s on your side.

Driving on public roads you’ll feel other traffic is prey and you are on the hunt, a predator with certainty. Glancing in your rear view and seeing a DB11 is clearly an intimidating experience. The deference the car produces offers a worrying sense of immunity that you have to keep in check at national speed limits. We carved on through the summer heat, pulses racing.

The Art of Living experience takes a test drive to the next level and pulling into Cowley Manor a few hours later, alongside our cohorts, we were now part of a team. Sharing our morning’s adventures with high spirits and a pitch-perfect lunch brought us together even further. The Aston Martin team were with us throughout and getting to know the people behind the brand brought us ever closer to the story, rather than merely observing. Modern luxury has truly realised it’s about how a product makes you feel deep down and Aston Martin have this well figured – we felt part of an inner circle, welcomed with a knowing nod.

Sated and extremely happy we moved onto our afternoon drive, heading to our next destination and dinner. This slice of the trip was a little more open, with some stretches of dual carriage way to play with. At one point we pulled up alongside an emergency first responder, both of us on the speed limit exactly. I looked over tentatively to get a read on him and he beamed back, laughing out loud at my clear desire to let it loose. The DB11 inspires joy in others as well as those driving it, as it truly should. Mr Bond will surely be sliding back the doors on it again soon.

Arriving for our evening we were welcomed warmly with a glass of champagne and given some time to enjoy the elegant and playful surroundings of The Painswick Hotel. Dinner followed and we were joined by design director Miles Nurnberger who took us through the creative processes and inspiration for the DB11 and its coming siblings. Getting an insider’s view like this with new friends, great food and importantly, time to relax, was sublime.

Morning broke on the next day and we climbed once more into our cockpit. As the steering wheel automatically lowered into place (very nice touch) we started our return to headquarters. A more leisurely drive allowed the car to cruise well, showing the comfort that it can offer on a longer journey. The plush yet refined interior of the DB11, held back only slightly by some mildly confusing tablet-esque control panels, is somewhere you can spend a lot of time. Touring in this would be a pleasure and that’s not something you can say of most cars in its price and power bracket.

As our experience came to an end back at headquarters, we took one last look inside the world of Aston Martin; inside the detail, beauty and thought that goes into sculpting each model. Aston are one of the few manufacturers who build from a clay scale base – a painstaking process that brings the artistry as close as possible to the finished article. Art, science and know-how working in harmony and an incredible process to experience first-hand.

The Art of Living is an experience designed to turn that spark of joy that Aston Martins fire, into a burning flame and it does it with aplomb. Over the next year they have trips including unmissable drives around the Scottish Highlands and in Northern Italy on epic roads snaking through the UNESCO-listed Dolomites. There’s even the chance to head to New Zealand and drive on ice. We simply cannot recommend them highly enough. In a world where experience is now as valued as the tangible, Aston Martin’s Art of Living is a perfect marriage of the two.