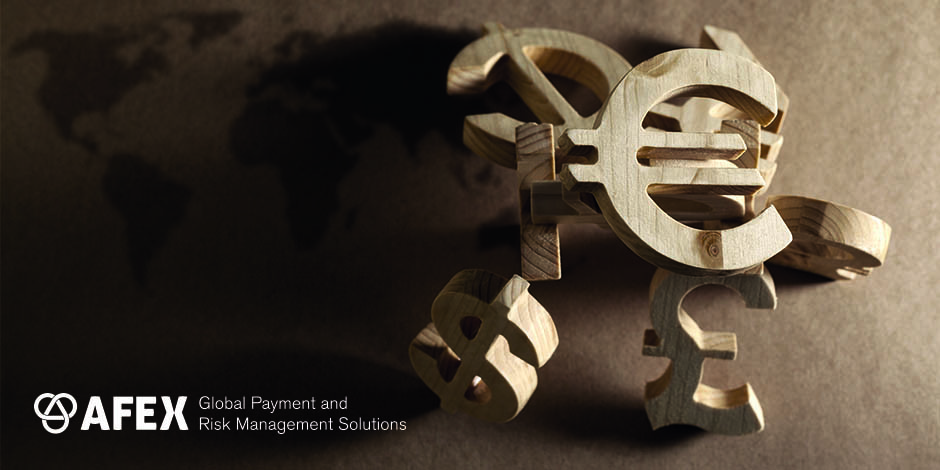 Volatility Is The Only Certainty For 2016 Afex
Previous
Next

Volatility Is The Only Certainty For 2016

Volatility is the only certainty for 2016.

With the first three weeks of 2016 pushing the major indices into official “Bear market” territory (20% lower than their peaks) and Sterling Dollar falling some 5% during the same period we have started 2016 with a bang. However, it is worth noting that FX moves can be exaggerated in thin markets and certainly the first week of January did not see all traders back at their seats. But was it all down to the start of the year or are other changes afoot?

A Bank of England survey released on January 26th showed that average daily FX turnover is down 21% year on year with recent data from Thomson Reuters confirming this trend in a very competitive market. Their FX volumes were down by 4% overall in December 2015 compared to December 2014 with spot trades (settled 2 days later) down 14%.

Recent history has seen “rogue traders” sacked by their bank employers and now facing the possibility of Court prosecution after they collaborated to “Fix the Fixing” to their benefit with many banks now banning chat rooms and forums where traders exchanged views on the market. Consequently there is a real reticence amongst traders to discuss even a market view lest it is seen as some type of unlawful market cooperation and manipulation which has led to information being kept much more “in house” by market participants and traders being unable to get a complete picture of the market. This in turn leads to a lack of confidence in trades and a propensity for market participants to either trade only when they have to cover risk or just leave the market. This dislocation of thought is now driving volatility, reducing predictability and has led to a more short term approach to the market.

On top of this the FX market has lost many participants since the banking crisis. Many banks used to have proprietary risk taking desks as well as being market makers. As they have been under pressure from the authorities since the credit market collapse if they are taking proprietary positions they are taking much smaller levels of risk and often they are only trading if a client deals with them. This means that when a large FX trade needs to be executed there is a lack of liquidity to take the trade in the market and the price moves more than it would have done in previous years.

The market has become much more subjective of late with irrational sentiment overwhelming the economic facts and therefore responding to every utterance of forward guidance coming from a central banker. For example BOE Governor Carney has been warning the market of a UK interest rate raise since July 2014 and as yet it is still waiting. This has caused currency volatility, especially as he announced at that time that interest rates “will need to rise” in the months (not years) ahead.

ECB President Mario Draghi also promised to do “whatever it takes” to preserve the Euro in 2012 and managed to push the Euro Dollar rate higher by some 17% before he decided to target deflation in Europe by cutting interest rates and finally adopting quantitative easing inducing a 25% decline in Euro Dollar. With Central Banks globally fighting deflation and trying to help their economies by lowering their interest rates (to negative levels in some cases) and so devaluing their currencies the markets are hanging on every central bankers word-and dealing on them as well.

The overall result is that it is more difficult than ever to predict how the markets will react to global events be they economic or political and the markets continue to work under a liquidity “mirage” which is prone to produce exaggerated and fast moves. So probably the only certainty for 2016 is volatility.